Automation testing consists of using special tools, almost always separate from the software to be tested.  It works to control the execution of tests and to be able to make a comparison between the results obtained and what is expected of them. For test runs we can include repetitive and necessary tests within a formal test process that already exists, or add tests where manual execution is difficult.  Below are the general approaches that are typically used for automation testing.

Code or Code-driven Tests: Public interfaces of classes, modules, or libraries are tested with a wide variety of input arguments, and the results obtained are validated as expected.

User Interface Testing: A testing framework generates a set of user interface events, such as typing, mouse-clicking, and otherwise interacting with the software, and resulting changes in the user interface are observed, validating that the observable program’s behavior is correct.

In the case of LoadView, it is a performance testing solution that allows users to run a wide range of load or stress tests, or test types, like creating these the beginning and everything within our loadview web tool, from performance or stress tests, application tests, but also to be able to carry out and create tests from from, like unit tests of web services, or comparison of results for regression tests, etc.

The process of using this solution complies with the quality regulations in terms of operation, easy understanding and has a fairly broad and descriptive knowledge base, something very positive that helps during the process is the immediate response through chat on needs for any doubts to the technical support area, which respond clearly and effectively, which in the face of any confusion is beneficial as it allows faster progress with the installation, customization, optimization and execution of the tools.  LoadView offers significant advantages when integrating and automating our tests:

Among many more advantages, you find a wide range of features and benefits with LoadView.

For our test automation case, we are going to use Jenkins for our example case.  Integration with Jenkins is very simple, we will only need to download the latest version of Jenkins, a tool for building projects and scripts, and finally a .war file where we will run the Jenkins from our local host. We will also be utilizing the EveryStep Web Recorder to script a series of steps that will consult a CPA on an Argentine mail website. 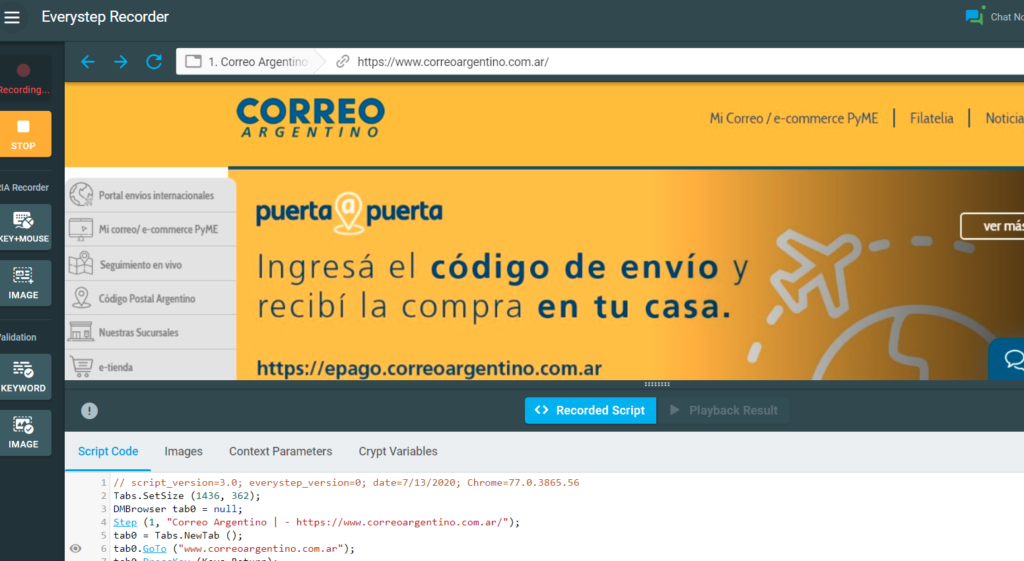 Step 2.  Download and install the LoadView plugin for Jenkins.

Step 3.  Once the Jenkins plugin has been installed and customized on your local host, the LoadView credentials must be registered to proceed with the automation of tests Credentials> Add Credentials> LoadView Security Token (UID).  At UID field you have to use the first step password you made.

Step 4.  With the previous steps completed, we are going to configure our test scenario.  In this case this will be an integrated web application test carried out with the EveryStep Web Recorder. There are a few fields where you will need to enter specific test settings. 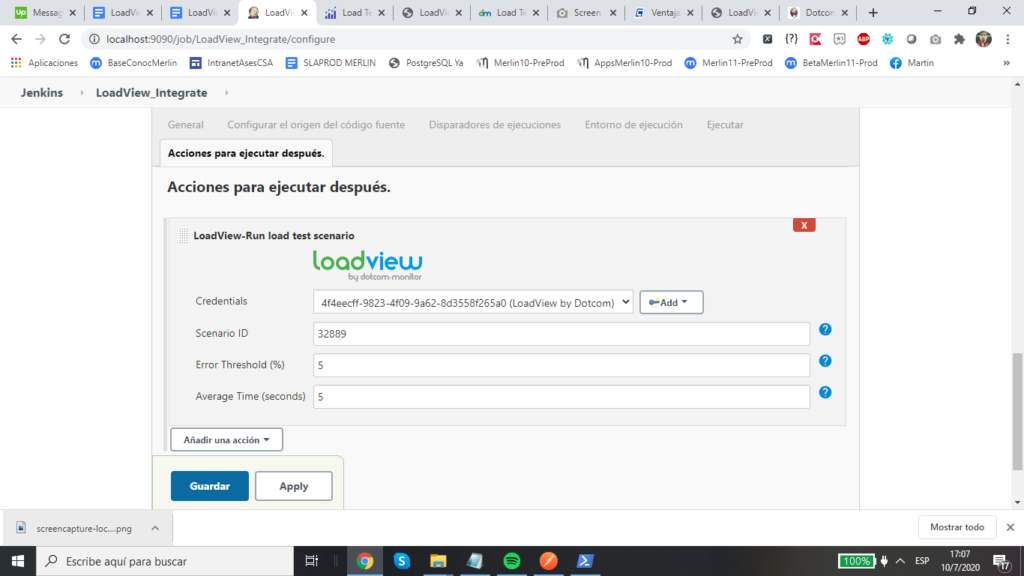 Once we get to the final integration, it would look like this:

In the last case, the test is in an error state or failing because in order to make the satisfactory connection between LoadView and Jenkins, it currently needs that the IP is available and registered in a whitelist, which will allow you to finish the web integration process and view all the functions as the results are displayed satisfactorily for each construction or execution.

For this example, we have created our test from the use and integration with Jenkins test automation server case that are displayed in the previous topics, where we perfectly capture the script that is executed when we consult a CPA on an Argentine mail website.  Once the test has finished, the summarized results can be found under LoadView Results in the Jenkins build menu.  To review more comprehensive LoadView reports regarding the test execution details, select More Details, where you will see full summary of the test, including execution plan, average response times, session information, and any errors encountered during the test.  To learn more about LoadView and the LoadView integration with Jenkins, please read our Knowledge Base article.

Get started for free with LoadView and receive $20 in load testing credits.