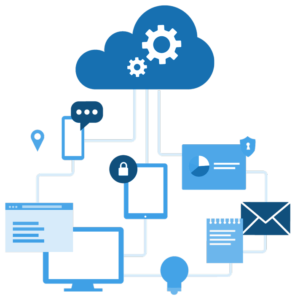 There are a few different ways to attack performance testing. Different tools take a variety of approaches. Put together, they let you perform extensive performance testing that will ensure your site won’t slow down or crash when business is booming.

This is Dotcom-Monitor’s cloud-based SaaS performance testing solution. It allows you to record test scripts via point and click. With LoadView, you can test across over 40 platforms and browsers, including mobile. Virtual users are created on cloud-based servers around the globe. If your customer base is regional, you can select only local servers.

Other, non-cloud-based performance testing tools generate users on your own server. That means your performance test takes place entirely on one side of your firewall. A cloud-based solution like LoadView creates real-world conditions.

LoadView reports include troubleshooting and analysis tools that help you find and fix the bottlenecks.

You can use LoadView for both load testing and stress testing. Load testing looks for performance slowdown when your site receives heavy traffic. To perform a stress test, increase the number of virtual users until the site crashes. LoadView will show you how well your site recovers from the crash.

Taurus is an open source solution that lets you perform load testing on a piece of code before it is implemented. Performance testing during the development stage helps make sure that the code itself isn’t to blame for performance issues that crop up during later testing. Not only does it increase the likelihood of your site passing later performance tests, but it also helps with troubleshooting down the road. If the code passed testing before implementation, you can safely look at other possible causes first.

Taurus doesn’t allow point and click test script recording. Instead, it requires that you write test scripts in YAML, an easily readable coding language. Since YAML is easy to learn and Taurus is meant to be used by developers, this restriction isn’t a roadblock.

Siege is an open-source tool that is also used in the development phase. Use Siege after Taurus, but before running a full performance test with LoadView. It only tests basic functionality such as user authentication, FTP protocols, cookies, HTTP and HTTPS. You can run it with multiple IP addresses from the same machine, which brings you closer to the real-world conditions you’ll replicate with LoadView.

Siege isn’t suited to large scale testing, so you shouldn’t rely on it solely.

Most performance testing tools focus on the web. They work best with web sites and web applications. If you have a business application that is accessed via thin and fat clients as well as a web portal, then you’ll find AppLoader useful. Easily created scripts test the entire business flow, including third-party apps.

No, really. The fastest and most thorough way of creating test cases for performance testing is to re-use test scripts from functional testing. All test scripts start as manual test cases, whether they include detailed steps or a general description like “login successfully.”

Word or Excel are excellent tools for sharing these manual test cases among testers as a resource for recording test scripts. Whether you choose Word or Excel is a deeply personal choice that has inspired more arguments than the correct pronunciation of “GIF.” Use whichever one you and your team prefer.