Is Load Testing Worth It or a Waste of Time? 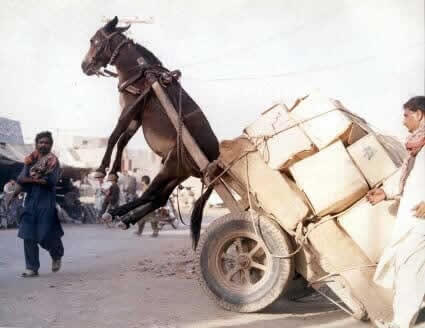 An analogy of the importance of load testing…

If you’ve ever managed a website, chances are that you’ve experienced downtime at one point or another. Causes of downtime include a variety of factors: server outages, DDoS attacks, DNS issues, and user error, just to name a few.

When it comes to downtime, most people don’t think about excessive user load, but this is a very real scenario.  Imagine a blog post you wrote went viral and thousands of users visited your site to read it. In this day and age with the popularity of social media, that’s not an unlikely scenario. The real question is, are you prepared for the traffic? Is your site able to handle the sudden burst of visitors that a viral blog post can bring? If you can’t answer yes to those questions, then you’re a good candidate for load testing.

What is Load Testing?

What is load testing? Simply put, it’s the process of sending many concurrent users to your website to see how the site performs under an expected, increasing amount of load. Stress testing is the process of sending concurrent users to your site until it reaches a breaking point. Both of these methods of concurrent user testing are important in their own way. One problem with server capacity and scalability is that most people don’t think about it until it’s too late. Often times, viral content has a rather short shelf life.  If you’re in the business of producing content, ensure your site can handle the load when your popularity rises.

How can you make sure that your site can handle hundreds, or thousands of users, at one time?  With LoadView, of course!  LoadView makes it incredibly easy to test your site and find out how much traffic it can handle. We have no problem pushing it to the breaking point (only if you really want to) in order to see where you need to improve your server capacity. Best of all, we manage the cloud for you so there are no additional accounts to deal with or other technical server related issues to tackle.

If you’re someone who likes to know the facts and not simply guess, you might want to consider the idea of load and/or stress testing your site — especially if you’re a content producer who relies on their blog for revenue, or even just someone trying to expand their audience. If you’re looking to grow the readership of your blog, one of the worst things that can happen to your credibility is having your site go down — especially when one of the bigger news outlets picks up your piece.  Don’t get caught by surprise—get LoadView!