JMeter Load Testing: Trends for 2023 & Beyond

Let’s take some time to review JMeter and the world of load testing in terms of current trends, the landscape, and what to expect from 2023 and beyond with a focus on what we do for our users at LoadView. 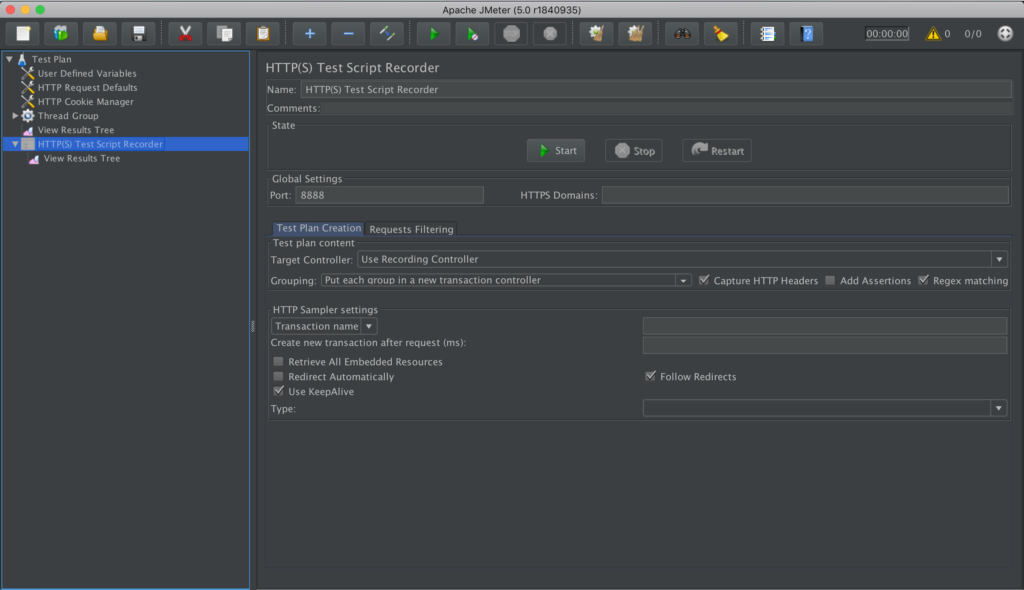 JMeter gained popularity because of its open-sourced nature and continues to be one of the top choices for open-source load testing. As it came into the market, people realized JMeter could work with any protocol including, but not limited to, HTTP(s), SOAP, JDBC, and LDAP.

Note, however, that in order to manipulate JMeter to work on complex, real world situations, the user does need to have some basic knowledge of languages like Java or Beanshell. Non-technical users will immediately be better served by a tool like ours at LoadView.

JMeter allows for high volume load tests that aren’t restricted to a single machine. Users can leverage multiple machines to put load on a given website or the application. JMeter also offers a top-notch support program in the form of video tutorials and other online resources, comparable to famous open source projects like WordPress.

All of this and more helped JMeter climb to become the standard starter tool for load testing. Now let’s look at some alternatives to JMeter, both proprietary and open-source.

Alternatives to JMeter in 2023

There are numerous open-source and proprietary alternatives to JMeter. Here’s a short list with some information, including why our LoadView platform is the stand-out choice for serious load testing.

At LoadView we empower you to stress test your websites, web-apps, and APIs with thousands of concurrent connections in real browsers from a fully managed cloud. Real-browser testing sets our LoadView platform apart from other load testing tools (including JMeter) at a competitive price with dedicated support. We strongly recommend you consider real-browser testing with our LoadView platform as a go-to for your load testing.

“LoadView empowers DevOps teams to stress test their websites, web-apps, and APIs with thousands of concurrent connections in real browsers from a fully managed cloud.”

Gatling is an open-source load testing tool with excellent HTTP(s) customer support protocol. It has the ability to mimic complex user behavior with large loads. This website load testing tool also has the ability to be run according to the will of its user, as the user can program tests according to their needs. The learning-curve can be quite steep, however.

Another open-source load testing tool, Locust uses Python to simulate thousands of simultaneous users for testing. Since it uses Python, a common computer language, it has the ability to be manipulated by users to change the code to their needs. That does mean expertise is required, which of course can take a hefty bite out of your budget and time. Open-source does not mean “free,” if you want professional results.

With website traffic showing a steady increase over time, and with the advent of numerous phone applications and new types of UIs, there continues to be an exponential growth in online technology. The future is even more digital than the present, and few people anticipated digital would be as ubiquitous as it is now even a few years ago.

With this rise in the use of online technology, the complexity of the software needed to test these various websites and applications has also increased. Users today behave in increasingly complex ways, for numerous reasons: work-from-home scenarios, research-based and online service jobs, and online education and shopping have all become more like the rule rather than the exception.

We’ve seen the world of work and entertainment overwhelmingly move to digital platforms, so we already have on our hands a highly complicated scenario for website load testing tools to handle. It’s important to enlist experts when and where you need assistance, and to take up a “load testing” mentality yourself with your development team in order to stay ahead of trends in the industry and your own specific requirements. Load testing needs to be a standard practice for any serious business with a website or application, and part of your development process at every stage.

We predict that as Internet use exponentially increases even further, the tools needed to test websites will become more complex. JMeter, having been in the market since 1998, carries some of the baggage of being an old and complicated load testing tool that doesn’t respond as fast as it should to market changes and demands. In this respect, our LoadView alternative is a clear winner, as we work tirelessly to keep the platform current and our users supported at all levels.

Here is a short list of qualities you should look for in a load testing tool, whether open-source or proprietary.

One good thing about technology is that it has a chance to constantly improve, with new processes discovered every day by professional developers. At LoadView we work to stay ahead of the industry and lead with the latest in load testing technology for our users. Here are some qualities we emphasize at LoadView:

Since the world has rapidly moved to the cloud, so has load testing. The newer, more complex load testing tools can be performed at the push of a button, without having the need for heavy and complicated machinery to go with it. Cloud-based load testing also minimizes the time it takes to start testing. Simply spin up a tool like our own LoadView and you can begin load testing in minutes.

The ability of a load testing tool to depict real world scenarios, like we offer at LoadView, is an unparalleled benefit. The more complex the scenarios a website load testing tool is able to mimic, the better. Scripted load testing helps us understand users’ behavior on a deeper level. Load test by can also help distinguish and isolate user-patterns that happen at a higher frequency than those that don’t. This helps the load testing team and developers focus on a specific issue rather than taking down the entire website because of one small problem.

Of course the more computing languages any load testing tool can support, the more potential utility it has. Even if it doesn’t support a high number of languages, but instead uses a common language like Java or Python, a tool’s usability increases as there are a number of people familiar with that language. Any great load testing tool is user friendly, and we focus on user experience heavily for our users at LoadView.

In Conclusion: Check Out LoadView

Consider our LoadView platform as a top alternative to JMeter load testing for your websites or applications going into 2023 and beyond. Sign up for a free LoadView trial and schedule a one-on-one demo. We’ll be glad to hear from you and support your load testing goals.