What Is Website Smoke Testing & When to Do It

Developers may overlook some of the most important aspects of a website during testing because of their simplicity. One doesn’t expect basic website functions to misfire in production, because they’re so small in scope and don’t require much effort in terms of engineering. Because of this, one of the best practices of software development is to break down the software into its smallest components. These components are then tested through a comprehensive process called smoke testing.

Smoke testing is a way to test software in order to determine if said software is stable or not. Smoke testing confirms whether the QA team can proceed with further testing, or if further development is needed before proceeding. Smoke testing is typically done in a QA environment to verify and ensure the stability of a given application. Smoke testing can also be called “build verification” or “confidence testing.”

The integration of smoke testing into your software development process is essential because it fundamentally acts as a guard standing between sprints. Your software will be free of bugs once it reaches its final stages of development. A smoke test, compared to a load test, is relatively small in scope and can therefore be implemented on any stage of the development process. It’s typically done during QA before a website moves into production.

You can benefit from smoke testing by making it an integral part of your software development process. By smoke testing each functionality of your website as it is produced, you ensure that major problems later on are avoided. Sequentially checking the software for errors reduces the chance of later discovering major issues with various functions such as user login, ecommerce checkout, or other critical processes your website needs to handle to server users. 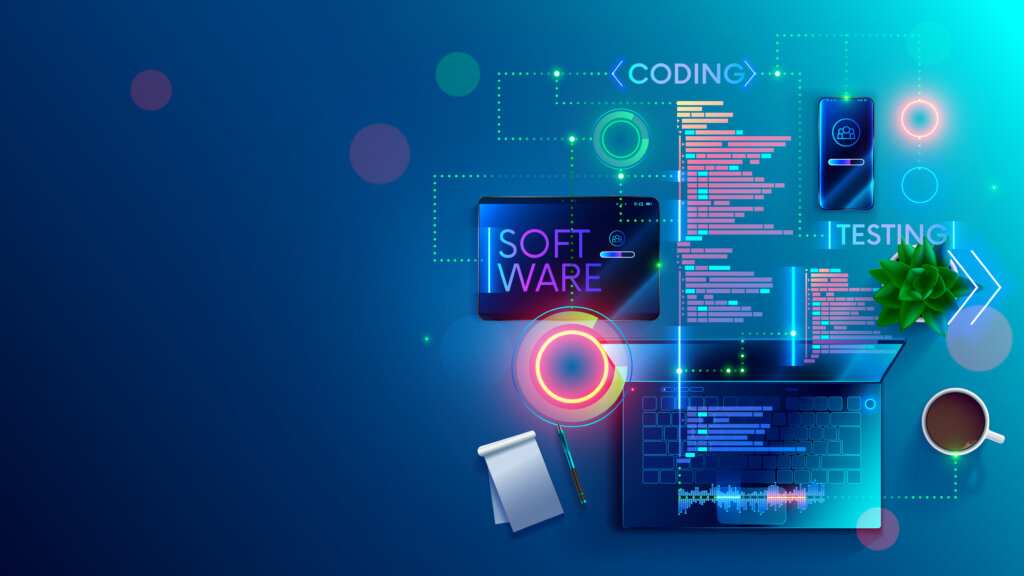 What Is Smoke Testing?

Smoke testing simply serves to tell you whether a piece of software works or not. You can’t proceed onto the next stage development until the parts before it are fixed and working. Smoke testing is generally run on a bit of code for an important website function, for instance, creating a user profile. Because further steps depend on this function, such as being able to access a catalog, it’s essential to smoke test this function before you can move forward with your development process.

Smoke testing is also known as ‘confidence testing,’ because it ensures confidence in your website’s specific functions. Smoke testing can also be thought of as the test conducted before all other forms of testing, such as load and performance testing. If a piece of software fails on the smoke test, it’s useless to test it further, as it means that your software needs to be worked on further before you can meaningfully test load or performance.

When to Perform a Smoke Test

You must perform a smoke test at each new addition to the main software. If for instance the idea is to create an ecommerce website, then you should design a smoke test for each of the following processes:

You can expand this list depending on the complexity of your website, for every key interaction users will take across the entire site.

Smoke testing generally happens before the QA team deploys functional testing on the website or web application. If the QA team finds errors in the software during a smoke test, it is sent back to the developers, and the cycle breaks itself off there. Because functional testing and other formal testing efforts take time and resources, it’s wise to smoke test the system before it is sent on for further testing.

A smoke test determines whether the software is stable. With smoke testing you can also check whether the software complies with the requirements that were initially set for its construction – that is, does the website deliver what is expected? This builds an initial confidence in the software, which can further be developed through more rigorous testing efforts as you move toward production.

What Happens if You Don’t Smoke Test

Because each stage of the software development life cycle depends on the step before it, it can become costly to encounter problems in the later stages of software development. Of course, adhering to the foundational release guidelines given by the business are of utmost importance, and any issue that arises later on will prove costly in terms of delays in the release of the software. Simply put, if the website you’ve developed doesn’t do what it’s intended to, and you only discover this when it’s time to move into production, this can cause costly delays.

Smoke tests allow developer to detect issues early, so that they don’t have to be dealt with in a hurry when a website is near its completion and deadlines close in. Nobody enjoys a missed deadline, and smoke testing can help you avoid that.

Who Does Smoke Testing

Most often, smoke tests are conducted in a development environment, where the functionality of any addition to the build is tested by writing lines of code into the program itself. Smoke testing doesn’t necessarily have to have an interface for it to run correctly. Sometimes, for writing this code, you need a certain level of expertise.

Typically QA engineers, developers, and analysts conduct this type of test in order to best prepare their website for production. Smoke testing is seen as an essential part of the development process for serious web development in order to ensure a given website is ready to go live and serve real-world users.

Why Perform a Smoke Test?

You can figure out whether a software functions according to the requirements in the very early stages of its development. Testing efforts that will eventually have to be made if the software isn’t tested for faults early will be saved. Smoke testing early on gives your software the tuning it needs to go on to further levels of testing.

A few examples of early detection with smoke tests include:

The Two Types of Smoke Tests

Because smoke tests act on highly specific tasks, such as logging in, or creating a profile, separate bits of code may be needed to conduct them. This constitutes manual smoke testing. While manual testing is common, most organizations have their own standards for testing. Manual testing, because you have to derive your own code for it, might take up more of your time.

Sometimes, to save time, organizations will implement a smoke testing solution that doesn’t require you to code out separate smoke tests. They can use pre-built smoke tests, or default smoke tests to test their software. This saves time but lacks the agility to be implemented on specific tasks that require varying degrees of accuracy in terms of test codes.

LoadView offers exceptional performance testing opportunities that can upscale your business in a matter of minutes. Simply access our industry-leading platform and start testing in minutes, today. Using our fine-tuned reports and easy-to-use tools, you can implement a comprehensive load testing strategy and improve your websites and web applications to deliver the best possible experience for your users. Book a demo today or sign up for a free LoadView trial here.