Load Testing Flash Applications – What You Need to Know

The Early Days of Flash Apps

Have you ever run into issues load testing Flash applications or any other Rich Internet Applications (RIA)?  In the early days of the Internet, web pages were static HTML, repeatedly giving users the same content. With the addition of server-side programming languages like Python, Ruby, and PHP, database-backed websites became the new normal. Supported by client-side programming languages and techniques known as RIAs, technologies like AJAX, Silverlight, and Java, as well as other client-side plugins, such as Flash, enhanced the user experience.  Flash was one of the early dominate platforms used for building more interactive and responsive applications.

Flash and Flex:  What’s the Difference? 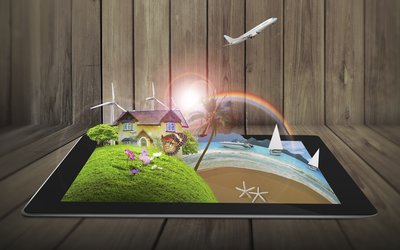 You’ve probably heard Flash and Flex used interchangeably, but there’s a distinction between the two.  What differentiates Flash and Flex applications isn’t the content itself, rather, how it’s created and who creates it.  The Flash Player that we’re all familiar with is a runtime environment that supports Flash and Flex applications.  It runs SWF files that load images, graphics and HTTP requests. HowFlex is a framework and doesn’t require the presence of Flash to function.  Another way to think about it – animators and web designers use Flash, programmers and developers use Flex.  Those familiar with Java, PHP, and AJAX, for example, can use Flex to embed media elements inside Flex applications.

We recommend using real browsers when load testing Flash applications as opposed to other headless browser-based options. It’s much easier to create scripts and customize, if necessary.  The footprint on load injection machines is higher (up to 8-12 sessions per load injector), but you get exactly what your users see in their browsers.  With LoadView and the EveryStep Web Recorder, you can easily load test your animated Flash-based applications. Simply navigate through your application as any user would, and the browser-based recorder records every step of your script. Any developer, or even web designer for that matter, should want to know how well their Flash application handles load in a real-world scenario.