The Evolution of Load Testing

Since the inception of the field, load testing professionals have worked to keep up with the rapid changes of the online world. Website traffic has grown exponentially since the late 90s, when most of the world’s libraries of resources as well as professional and consumer life began to move online.

With changes to consumer behavior have come necessary changes to software development, requiring innovation at a mind-boggling pace. Looking at these changes briefly reveals some interesting developments and will help you understand what to expect for the load testing space going forward.

A load test triggers a specified number of requests on a website or application to test these under specific levels of simultaneous requests. This ensure a web system is able to serve an anticipated volume of traffic. Load testing is also sometimes referred to as “volume testing” for this reason. The goal of load testing is to determine whether a system can handle anticipated volume with an acceptable degree of performance degradation. If performance degrades too much, we expect users to bounce from a given website. Load testing helps us avoid this. 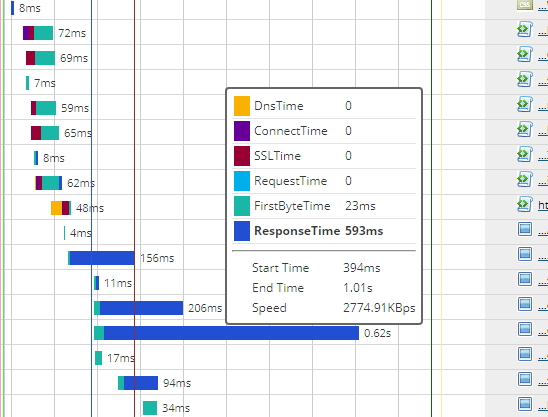 The waterfall approach to load testing is a rather straightforward process where programmers work to anticipate what to expect at precisely what junction. This helps to plan the load testing process, which makes tests easier to execute in fixed stages. From the results of these tests, developers can create strategies for future development to overcome barriers in a streamlined and efficient way based on data provided by a tool like ours at LoadView.

However, because each testing step is treated as a unique project, the process tends to be slow. One pitfall of this type of development is that results can be painfully delayed, as testing and development are staggered. This is a traditional method some programmers might prefer for the depth of analysis it can provide. Some projects may require a faster method of testing and development.

Agile is a more need-based method for approaching a website load testing tool and process of development, based on efficiency. Over the course of a week, for instance, you can run tests that produce ongoing results in a “sprint.”

This allows for early detection of issues. If future versions of a website or application require more detailed or in-depth work, basic versions can be released while the development team works to create a more advanced version, which of course they then load test with a tool like our LoadView platform as part of their development process. This gives developers more freedom and flexibility in terms of having command over their development process.

Load testing is the practice of simulating real-world usage, or load, on any online software, website, web application, API, or system to discover factors such as responsiveness, degradation, and scalability. Automated load testing relies on existing software like LoadView to accomplish complex tests quickly and efficiently, so developers can discover issues and make adjustments to code and if necessary hosting infrastructure and resources. By automating load testing, developers can integrate a regular load testing practice into their ongoing development of websites and applications and thereby provide the best possible experience to their users. Load testing is not a one-and-done affair but an ongoing process that informs developers and helps to ensure they deliver quality.

We encourage anyone with a stake in a website or application to ask their developers about their current load testing practices, and encourage developers to review the way they load test to ensure it meets current industry standards. At LoadView we offer a wealth of resources to support this process.

A Revolution in Quality Assurance

Manual load testing revolutionized the quality assurance process that ensures software runs according to a strict protocol and the need for fixes and debugging is minimized.

This gave rise to the development of automation within load testing software. Companies like ours at LoadView introduced self-testing codes to recognize bugs and errors right from jump, without having to pour over lines of logs and code to discover issues.

Once load tests became widely automated, more and more complex behaviors and environments could be tested. Software arose to perform Test Driven Development (TDD) and Behavior Driven Development (BDD). With TDD, developers simply input values into the system and receive reports on the behavior of the website. With BDD, developers simulate specific user behaviors to better understand how a website performs.

In the past, load testing was often only done at the end of a development process. Now it’s expected that developers will load test regularly as part of an ongoing development process, in order to catch issues early and guide development so websites and applications are ready for both anticipated and unexpected surges in traffic. It’s no longer enough to load test once just before an application or website launches but rather to integrate load testing into a development process. This increases collaboration among developers and creates a beneficial feedback loop with objective, pure data that makes it clear where issues lie and helps to give insights into how improvements to performance and website stability can be engineered. LoadView leads the way in both ease of use for load testing and quality of data, as we provide real browser and real users for the most accurate load testing results in the industry.

The State of Load Testing Today

Today the load testing space is making further leaps, led by companies like ours at LoadView. And like most everything else online, load testing has moved into the cloud. 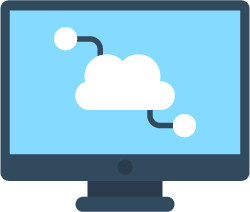 With cloud-based testing, users can achieve higher levels of complexity utilizing distributed servers. Since load testing no longer requires clunky hardware to test their websites, people can now demand more cloud-based software. In addition to being cost effective, the results of load testing with cloud-based technology are more accurate and streamlined for easier practical use. Moreover, tests can now be scaled at will effectively without limits. High numbers of simulated users can be “injected” into the system to test larger loads.

AI as it relates to load testing is something to watch in the coming years. The ability of AI to predict user behavior in complicated settings will likely drive the load testing industry to move another step forward. AI’s high-powered pattern recognition will allow load testers to generate complex scenarios with new levels of accuracy, based on enormous amounts of data and superhuman intelligence.

We can imagine that through AI’s ability to learn beyond any human ability, AI could conceivably help developers predict where there will be bottlenecks, where most traffic will be, what online consumer behavior will look like in the future, and what to expect with large loads in a hitherto impossible-to-predict range of scenarios.

At LoadView we continue to anticipate what’s coming for our industry. We constantly monitor the space and look for innovations to bring to our customers. Consider us your expert partners for all your load testing needs.

For your mission-critical load testing needs, consider signing up for a free LoadView trial and get immediate access to a wealth of resources and industry expertise. We’ll be glad to hear from you and help you achieve your load testing goals.