For a long time now, organizations have been designing and developing software systems and improving upon them year after year. Several architectures, technologies, and design patterns have evolved over the same time to keep up with the continuous changes. Microservices, or more commonly known as microservice architecture, is one of the architectural platforms emerged from the world of scalable systems, continuous development, polyglot programming, and decoupled applications. Microservices segregate the platform with the help of service boundaries, which makes it easier to deploy and maintain each service individually. Since each module is independent of each other, adding new features or scaling service becomes a lot easier and efficient.

What are Programming Paradigms?

As the microservice architecture grows with business, it can make the system more complex, especially if it is not maintained and scaled, and ignoring any of the programming paradigms. Paradigms are not languages, rather a programming style. And as you are probably aware, there are a variety of programming languages, but all of them need to follow a specific approach, which are referred to as paradigms.

Before we start discussing microservices and considerations when load testing, let’s understand briefly about microservices, its features, and benefits it possesses. Microservices are based on a very simple principle, single responsibility principle. Taking this term forward, microservices extend it to loosely couple services which can be developed, deployed, and maintained independently. It is about decomposing software development systems into autonomous units which are independently deployed, and they communicate with each other via interface which is language agnostic and combined they solve a business problem statement.

As we have seen briefly with advantages of microservices, it also possesses complex challenges to cater. As multiple services are interacting with each other with REST-based endpoints, the performance degradation can impact a business to sink.  For example, an ecommerce application with 100ms shaved off on its product listings or shopping cart, can directly impact the bottom line of order placement. Or for an event-driven product with regular interaction between customers, even a delay of a few milliseconds can irritate the customer and could cause them to go elsewhere. Whatever the case may be, performance and reliability is the important part of software development, so it is critical that businesses invest in performance testing and spend the necessary time and effort into it.

Determining the right microservice load testing tool can help you ensure the best quality of software and deliver a product that wins the market. The early adopters of microservice architecture who’ve scaled have already achieved the competitive advantage. LoadView is one of the only real browser-based load testing tools for websites, web apps, and APIs. It generates user traffic from around the world to gain insight into the performance of your systems under load.  Let’s look forward for the steps to run load test for microservice Rest API endpoints using LoadView:

3.  A new window will pop up where we need to add all the REST API endpoints with hostname, request headers, request type, authentication tokens, and request payload.  We can add multiple APIs here as well.  Once done, we need to select the Create Device button. 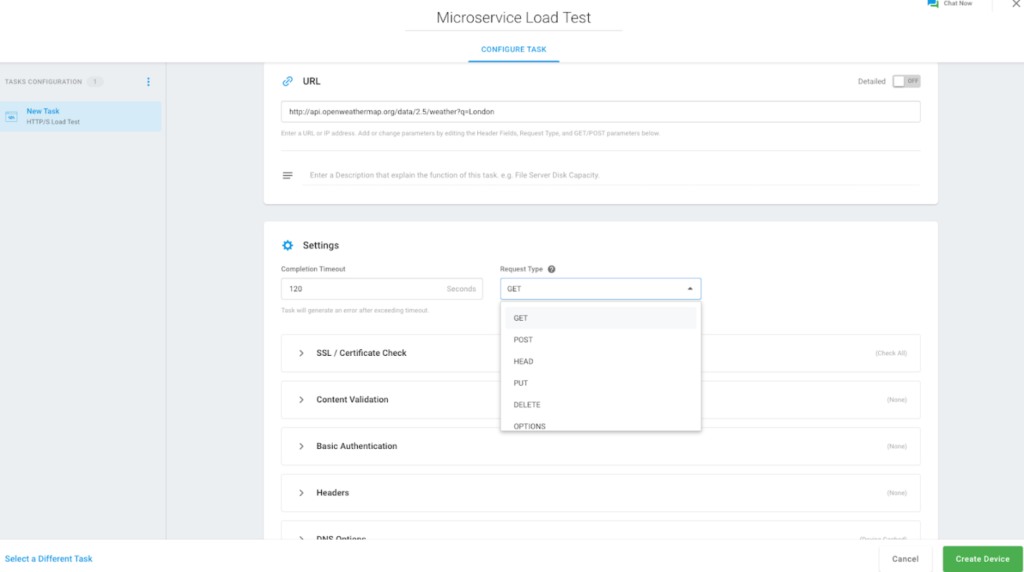 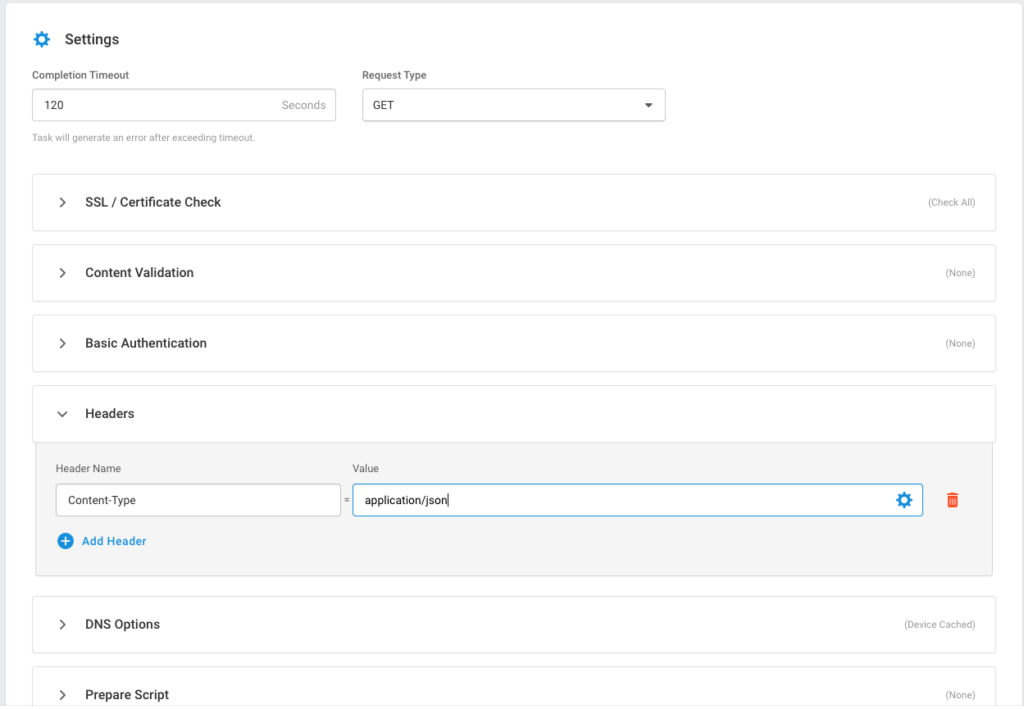 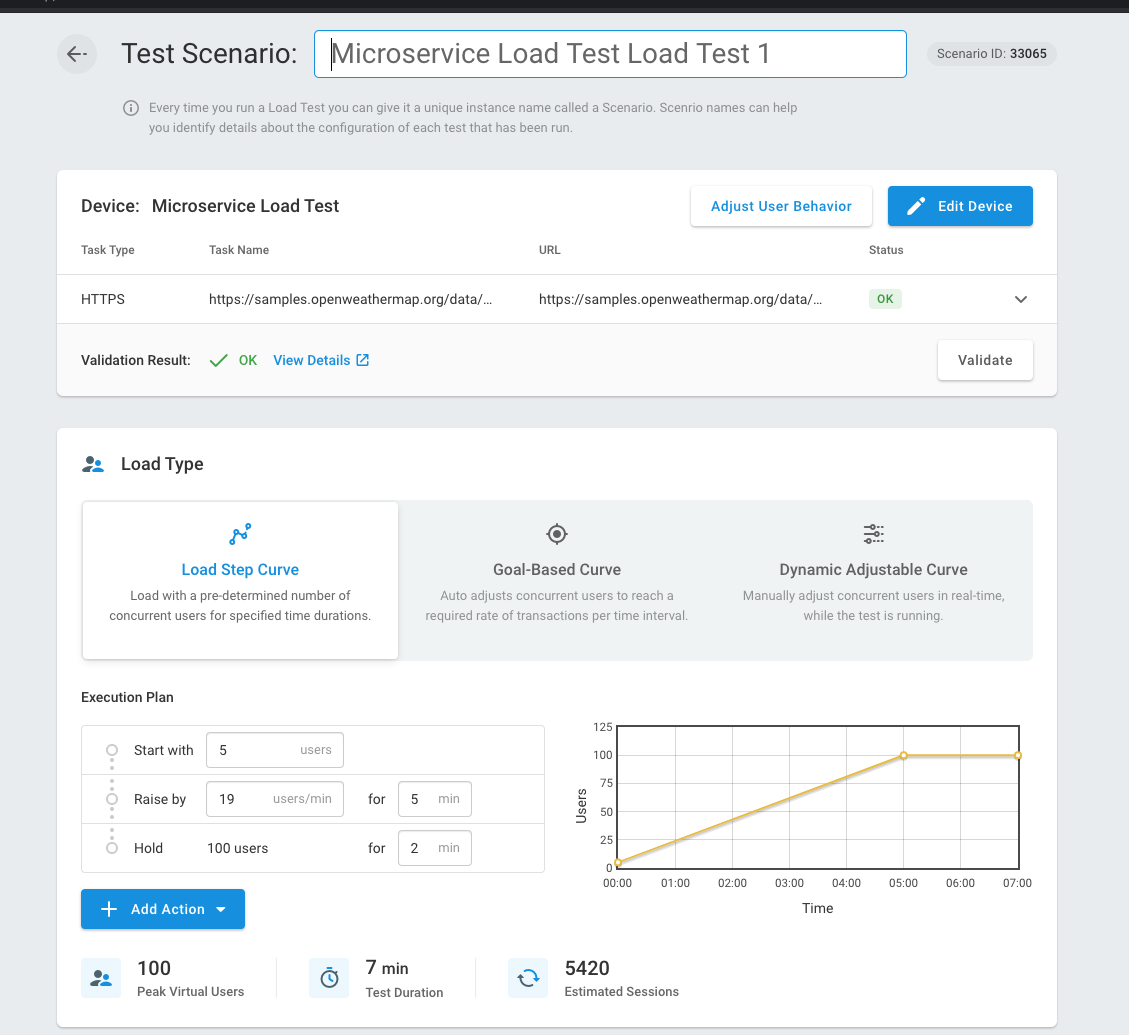 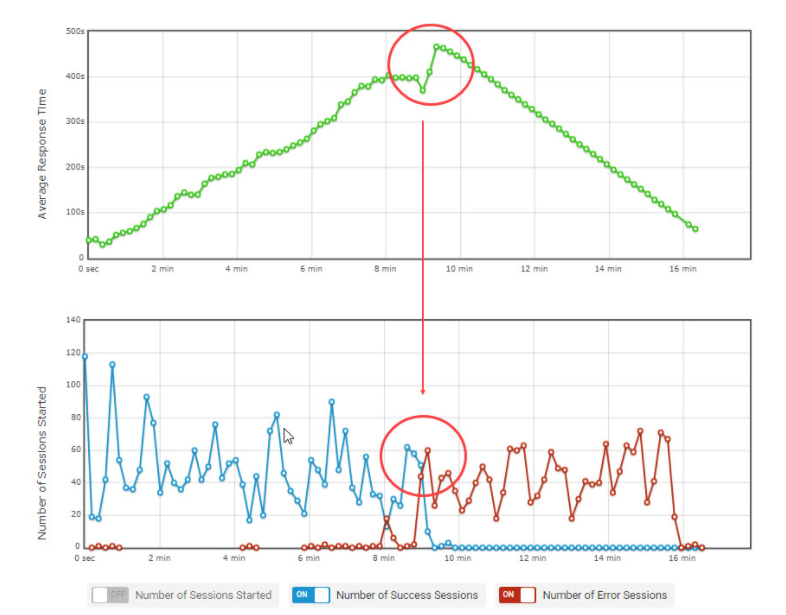 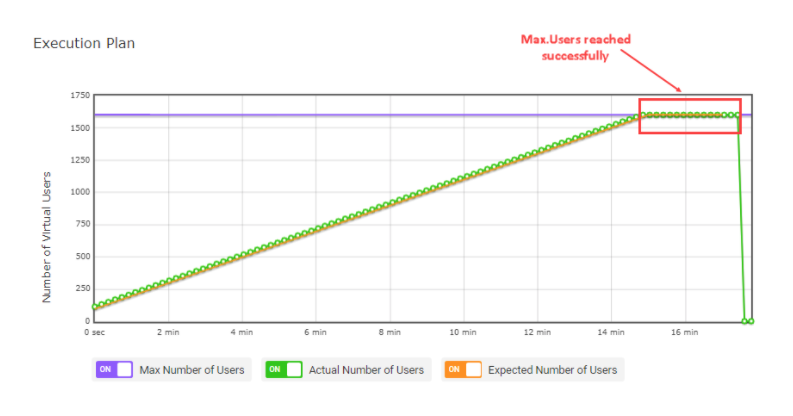 Projects utilizing microservice architecture are increasingly being used more frequently. For DevOps teams, that means another change in the normal testing process. Making sure your microservices are tested early and often is key to ensuring your applications will stand up to real-world scenarios and give you and your teams insight to any services that need fine-tuning before they’re put in production and into the hands of real users. Make sure you microservices applications can stand up to the demands of your users.

Please visit the LoadView site to learn more about the benefits and features of load testing and sign up for the free trial. You will get $20 in load testing credits to get started. Or if you want to walk through the product with one of our performance engineers, sign up for a demo that fits into your schedule. Our team will be happy to talk about the platform and show you all the features it offers, like utilizing real browsers, access to over 20 load injector servers located around the world, and much more!